The castle in Malbork, located on the right bank of the Nogat River, was erected in several stages from 1280 to XV century by the Teutonic Order and has been included in the UNESCO World Heritage List since 1997. The Castle Museum in Malbork has its headquarters in its interior since 1961.

Every year, the castle is visited by over half a million tourists from all over the world. It is also a meeting place for people of science and culture, journalists and politicians. Many films are shot in its walls and concerts are often held.

At the beginning of its activity, the Museum had only those objects from the old castle collections that survived after 1945.
The Teutonic Order was a monopolist in the field of amber extraction and trade from the beginning of its ruling in Prussia. In reference to the centuries-old tradition, after the creation of the Castle Museum in 1961, the collection of amber began. Both natural specimens and works of art were acquired and are still being bought: antique and contemporary.

Currently, the total number of over 40,000 exhibits includes such valuable collections as, for example, one of the largest collections of medieval architectural elements in Europe and a unique collection of artistic amber artefacts, an impressive set of old weapons and a wonderful numismatic collection. 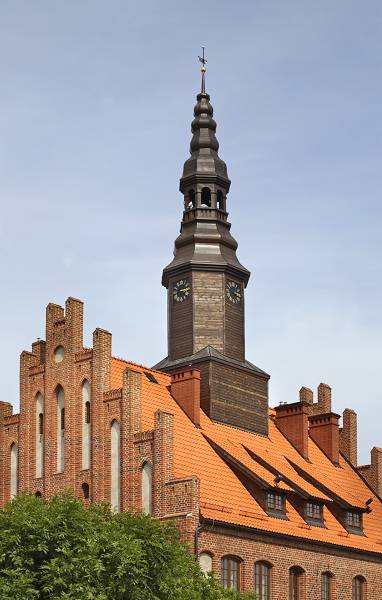 1) Castle with the Museum of Masuria
2) Planetarium
3) Basilica of Saint. James
E

Battlefield of Grundwald and the battle museum (about 60 km)